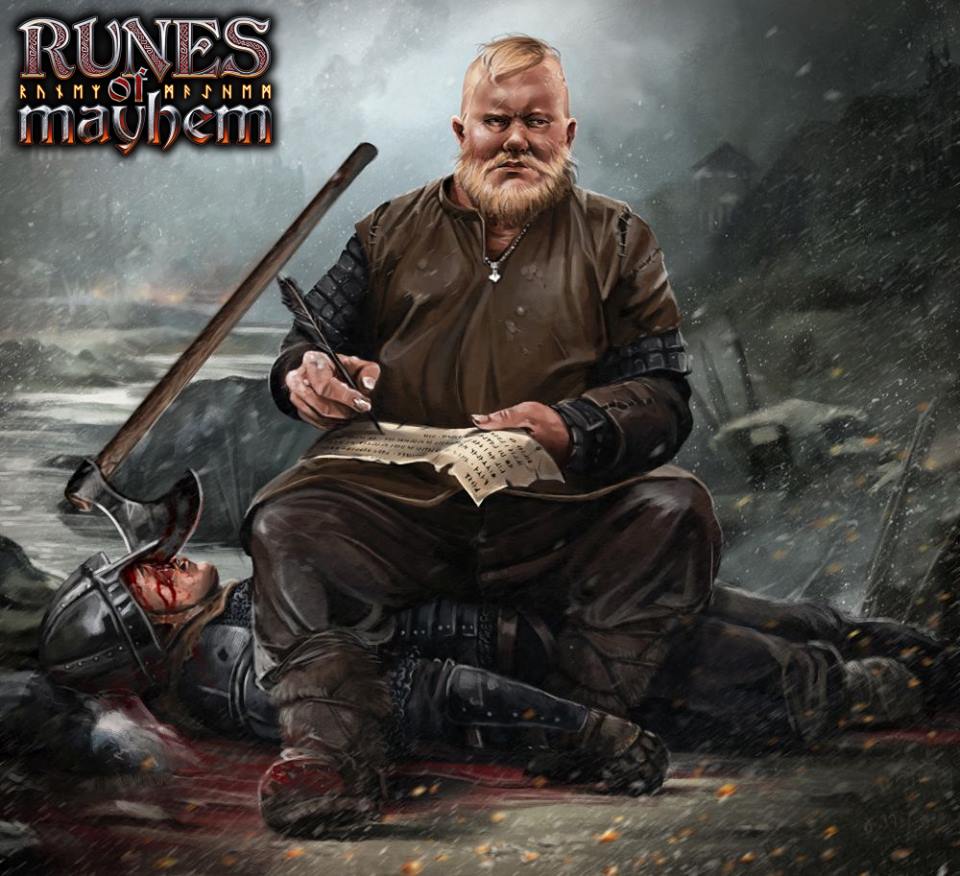 Birth of a Warrior

We know his life only from sagas. This legendary Viking warrior-poet was born around 904 in Iceland. His father fled Norway before in a hurry after a family feud with the king that ended up him killing the king’s supporters, including two of his cousins.

Egil was uncommonly unaesthetic, and it is suspected that the family carried the genetic disorder Paget’s Disease, which causes deformation of the bone structure as well as occasional mental derangements.

He was a true warrior who went berserk in the heat of battle and also a poet, perhaps one of the greatest of the Viking-age. It is said that he composed his first poem at the age of three. When he was seven, Egil was cheated in a game. He went home and made an axe, then returned to the boys to split the skull of the one who cheated him.

As a 20-year-old man, he sailed to Norway where he met his comrades. Egil then had many adventures fighting in Anglo-Saxon England. Once returned to Norway, he eventually killed a relative of the queen who was a retainer of King Eric Bloodaxe. Both swore an oath of vengeance against Egil. After this incident, Egil obtained a large warship and went to raid and also to trade to the east. The same year he returned, King Harald Fairhair died and Eric became the sole ruler of the Kingdom. He sent a band of ten men to capture Egil, but he could defend himself and the attempt failed. He cursed the king and the queen, then fled to the land of the Anglo-Saxons.

Unfortunately, he ended up in the Kingdom of Northumbria. Northumbria's ruler was King Eric Bloodaxe by then, who was forced to leave Norway by his enemies. Egil was ultimately captured by him, but executing a man during the night was deemed illegal by the Vikings, so he was forced to stay up all night and to compose a poem worthy of a king. He did so, and in the morning he recited it personally to King Eric:

‘And now my lord,
You've listened long
As word on word
I built this song:
Your source is war,
Your streams are blood,
But my springs pour
Great Odin's flood.'

(A verse of the Head's Ransom)

The poem was so marvelous the king spared Egil's life and he was set free. After this Egil wondered England, eventually ending up serving King Athelstan, the king who united all Anglo-Saxon kingdoms, as a mercenary. Egil fought at the Battle of Brunanburh - a battle so bloody the Anglo-Saxon Chronicle says there were 'never yet as many people killed before this with sword's edge'.
Ultimately Egil returned to his family farm in Iceland, where he deceased around 995. Before Egil died he buried his silver. In his last act of brutality, he murdered the servant who helped him hide the treasure.

Buy the Print and Play (PnP)

By continuing to use the site, you agree to the use of cookies. more information